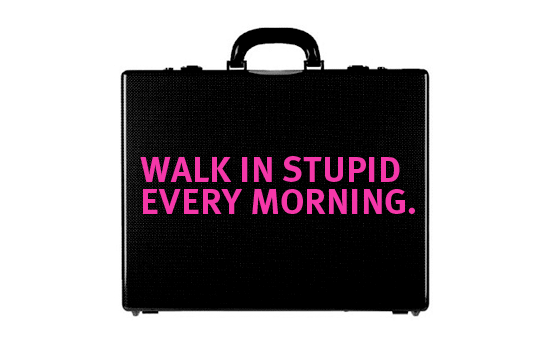 Direct client contact, creative concept, design, build and deliver; I've always enjoyed the full process of taking a project from start to finish through each of these stages and although independent in their own right I've always considered the parts of the process to be inseparable. Having spent nearly fifteen years mastering the communication skills and tools needed to deliver a broad range of creative products and services, I've never put boundaries on my knowledge. In fact I'm just as passionate about learning as I've always been. It was Dan Wieden of Wieden & Kennedy who famously coined an approach to work with "Walk in stupid every day", meaning don't assume you know your stuff and that's where it ends; keep learning and striving for more. It certainly worked for them having had huge successes over the years, not least creating the Nike 'swoosh logo' & the ever-present 'Just do it' tagline.

Having a fascination for new tools and technologies has led me down a very interesting and varied creative path that has included time specialising in 3D animation and visualisation, motion graphics, interactive presentations, Flash, Video, DVD production and, all the way through this, a constant hunger and fascination for learning web design, development and cutting edge digital technologies… Always wanting to learn more. It's not just about getting to grips with the tools though, design is trend based and requires a permanent drive to adapt, innovate, lead and inspire. One of the reasons I love living in the centre of major cities is to keep my finger on the pulse of what's going on and to be inspired by my environment around me.

Whilst traditionally (particularly in an agency environment) people have tended to fulfil specific roles, say of 'designer', or 'account manager' or 'front end developer' and there's nothing wrong with that, but what if you keep at it until you've learned each connected discipline? A lot of hard work, but definitely achievable. Being someone who has such a general, broad background may previously have been seen as a hinderance; specialisms was what were needed to fit a particular niche or job. However I now believe that this wide ranging experience is in itself a hugely powerful skill and has certainly allowed me to draw on all the different influences and experiences for whatever job I am working on and adds a certain objectivity of the broader picture as well as what's needed and achievable at the 'coal face'. For example with HTML5 and new web technologies some amazing interactive video capabilities are now available for use on the web, as is 3D animation and many other awesome opportunities. The technology has broadened to allow for a more exciting and integrated approach.

Finding the time to learn on top of everything else in a busy life is of course a challenge, but it's one that I've become used to and the more base knowledge you have across different specialisms the more they link up and the easier it becomes to learn. In fact I'm pretty sure learning how to learn is a skill in itself, but best not go there now. My best advice to anyone starting out in this industry would be to ask, ask and keep asking. Failing that just google it.